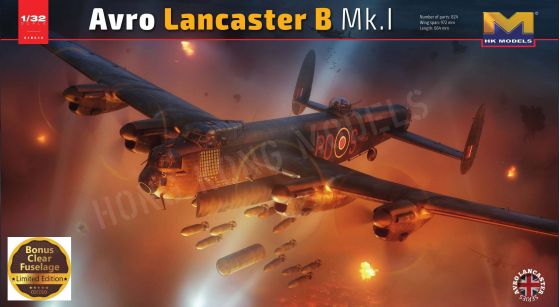 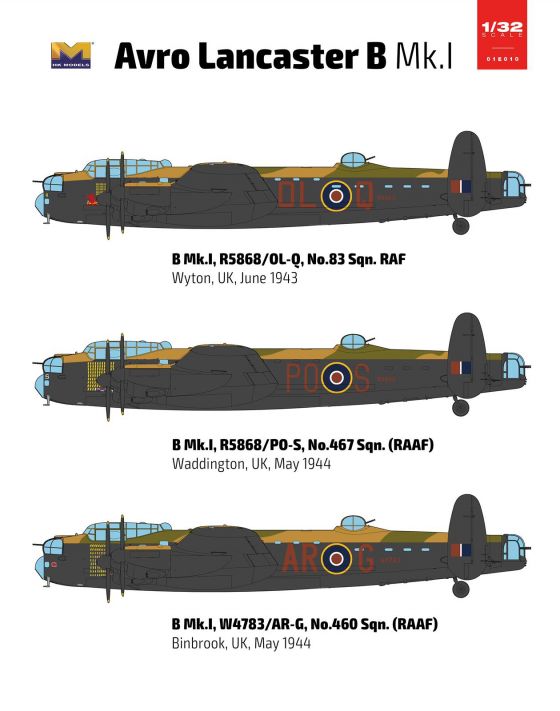 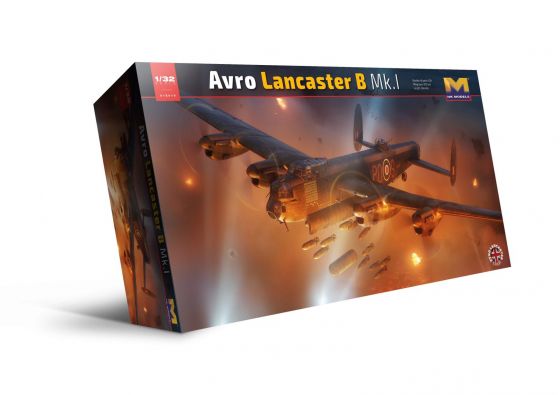 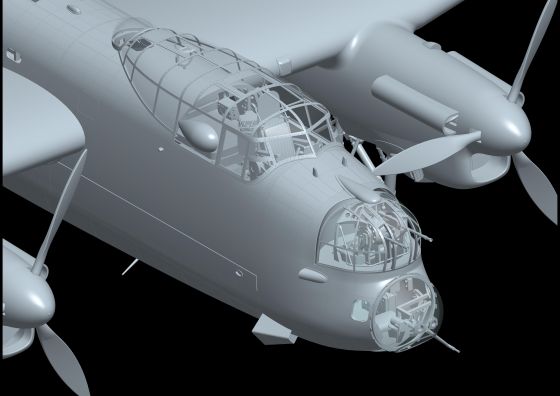 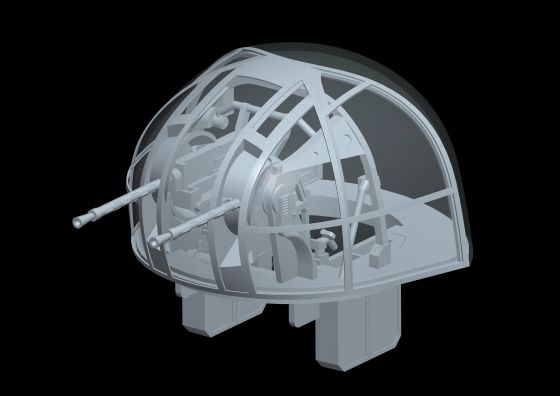 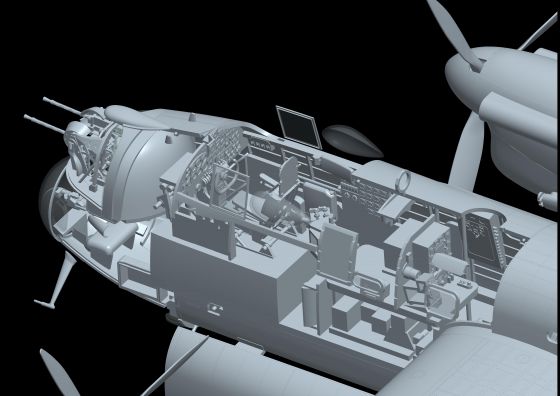 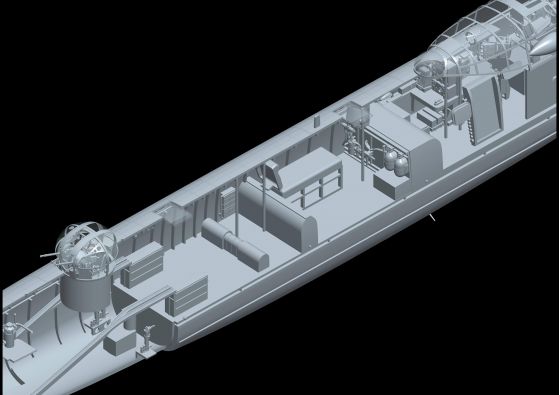 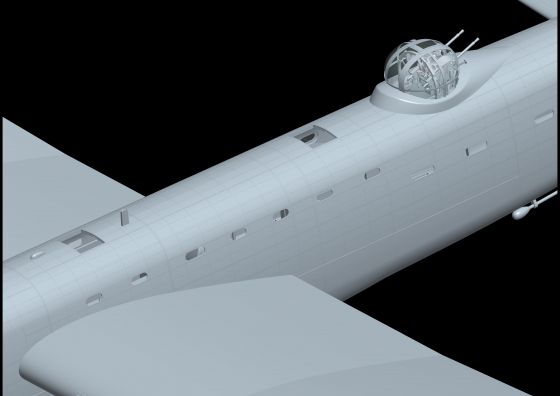 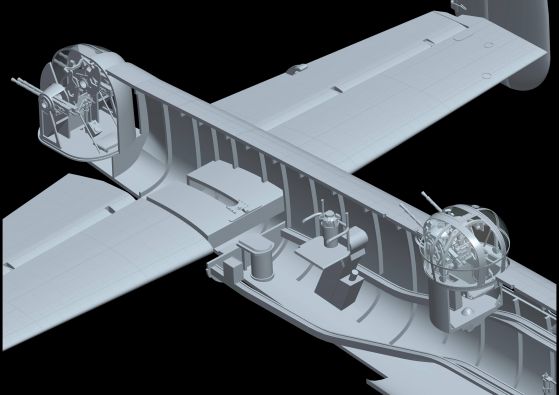 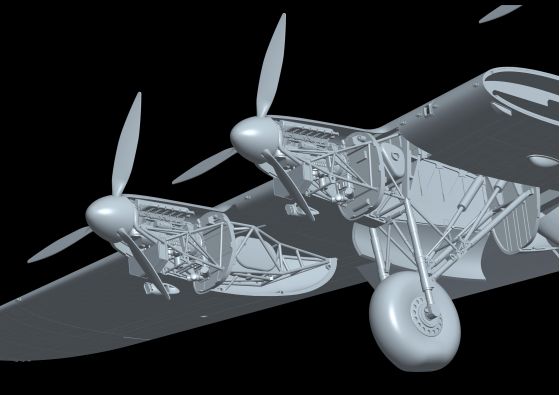 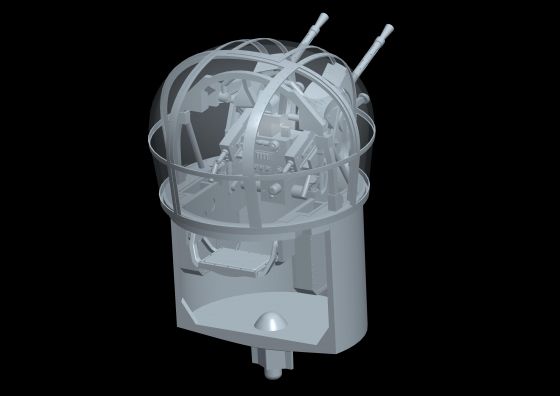 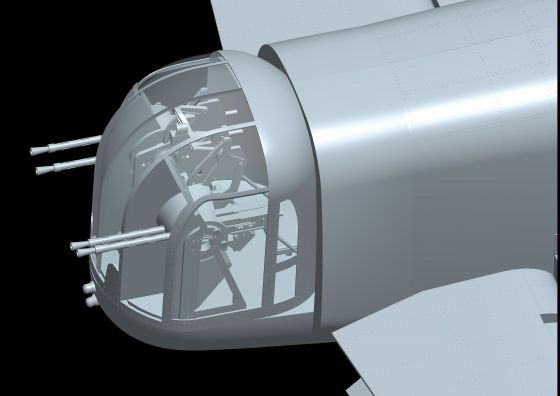 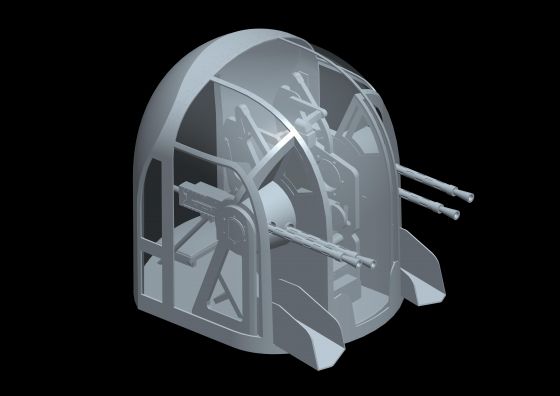 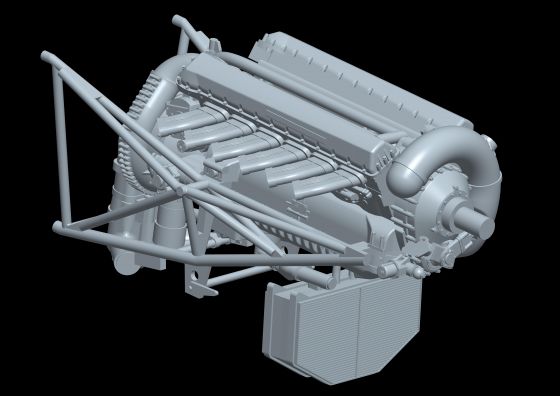 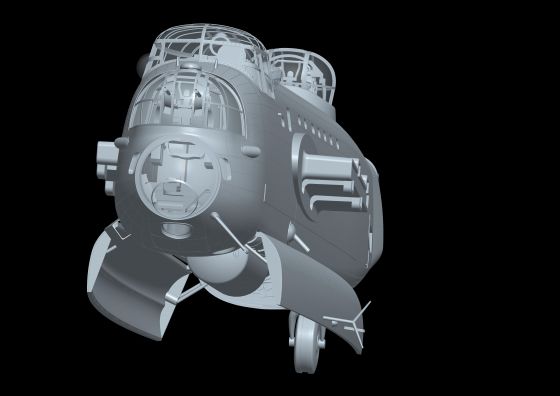 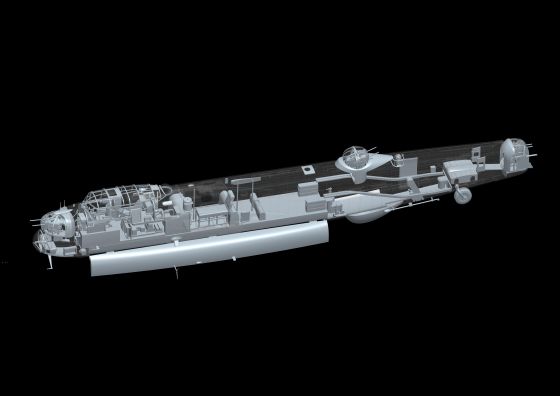 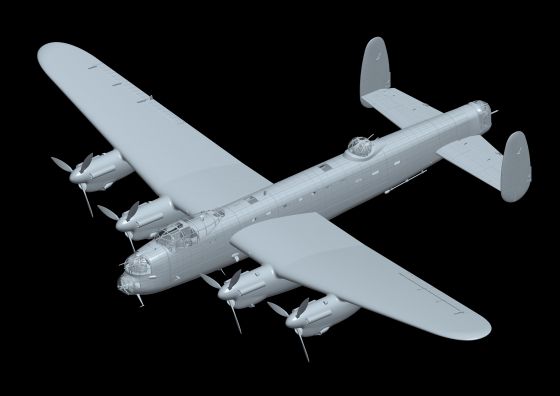 
From failure to success. The four engines Avro type 683 Lancaster was developed from the disappointing twin-engine Manchester, which suffered from engine fires caused by its unreliable Rolls Royce Vulture engine-installation.

However, the basic Manchester airframe was of sound design. A logical solution was to increase the wingspan and replace the two Vultures with four Merlin engines. The engine-installation originally developed by Rolls-Royce for the Beaufighter II, was quickly adapted and fitted in graceful underslung nacelles. The prototype BT308 made its first flight on January 9th, 1941 and it soon proved to be an excellent aircraft with good handling and high load capability. Initially designated Manchester III, it was soon renamed Lancaster. The general outline of the Lancaster remained the same throughout production, apart from the MK II which was used Bristol Hercules radial engines, in case a shortage of the Merlin should arise. The Mk 1 and III were similar, differing only in the type of Merlin engine fitted. In the case of the Mk III, the Packard built Merlin 28 was utilised. The Lancaster began to equip bomber squadrons in early 1942, where it quickly became the backbone of RAF Bomber Command.

The type was used in many famous raids, such as on the M.A.N. factory in Augsburg, the spectacular Dambusters Raid on the Ruhr Valley dams, and sinking the "Tirpitz" to name but a few. It became famous for its high accuracy bombing operations by 617 squadron. Its 33-foot-long bomb bay enabled it to carry high loads as well as the spinning "Upkeep" mine used to break the Ruhr dams. Specially adapted aircraft could carry the massive 12.000 lb "Tallboy" and 22.000 lb "Grand Slam" earthquake bombs.

At the end of the war it was also used for food dropping sorties for the starving Dutch population and transporting the many prisoners of war back home from Germany. Postwar Lancasters were used for testing jet engines and in-flight refueling system. As a bomber it was gradually replaced, but it found a useful role in Coastal Command until the last one was withdrawn in October 1956.. The RAF and French L'Aéronavale, however, continued to use the Lancaster until the mid-sixties. A total of 7,377 Lancasters were built in the UK and Canada.