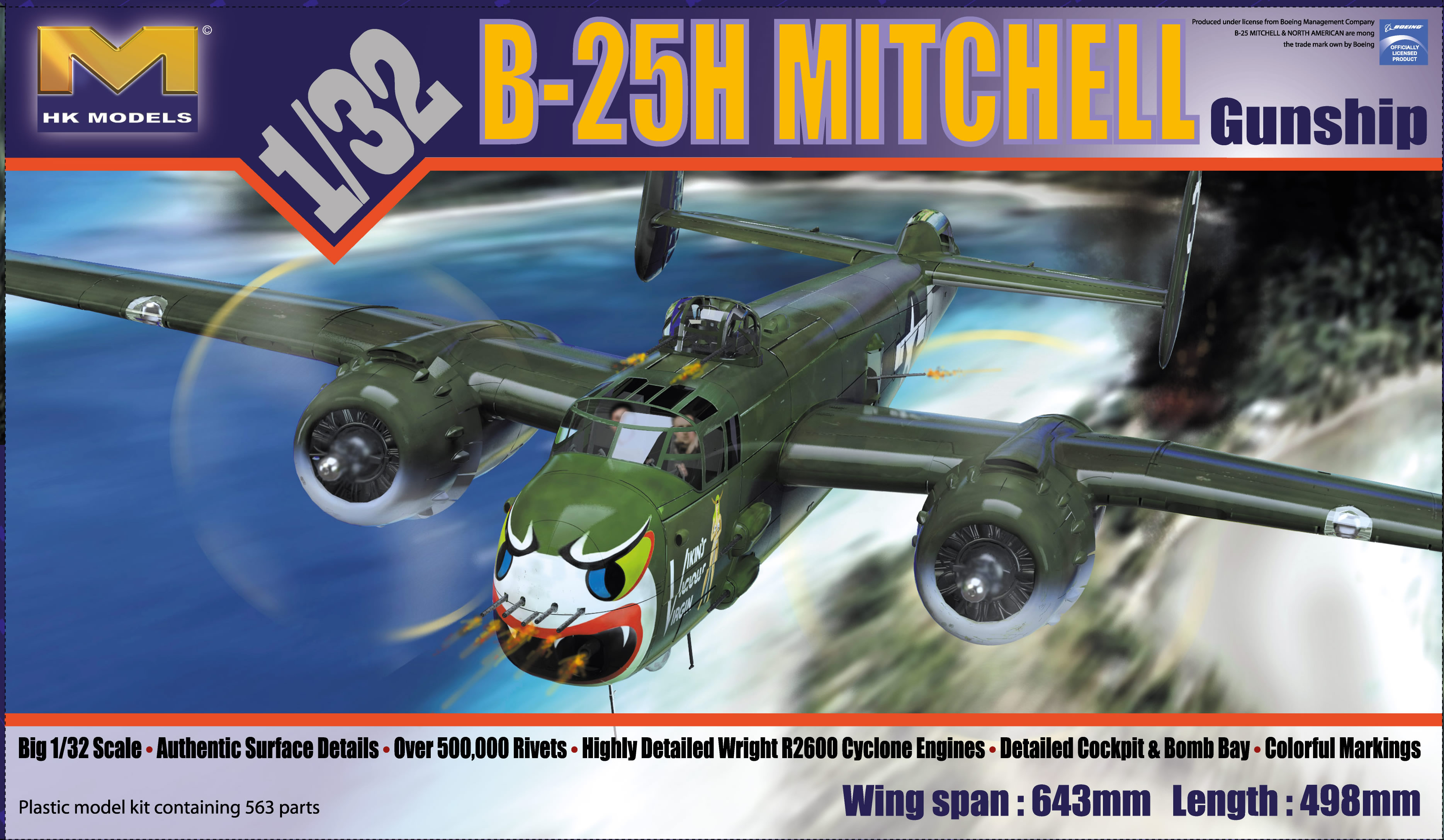 The B25H is a variant of the North American B25 Medium Bomber that is armed to the teeth. Intended for low altitude work, against shipping and ground targets, the B25H has no bombsight. Instead the nose is covered over, with armored plating between it and the rest of the plane, and an arsenal of weapons added. Four .50cal machine guns were added to the nose, and four more on the side of the fuselage, giving eight .50 cal machine guns at the command of the pilot. In addition, a 75mm cannon is installed, loaded manually, allowing an airborne field gun at the disposal of the B25. In addition to the six other defensive guns mounted in a top turret, a tail mount, and two waist mounts. Thus a grand total of 14 .50cal machine guns, over 5,600 rounds of .50cal machine gun ammunition, and a 75mm field gun are mounted on this bird. Plus B25H can carry eight 5" rockets and a full bomb load too.