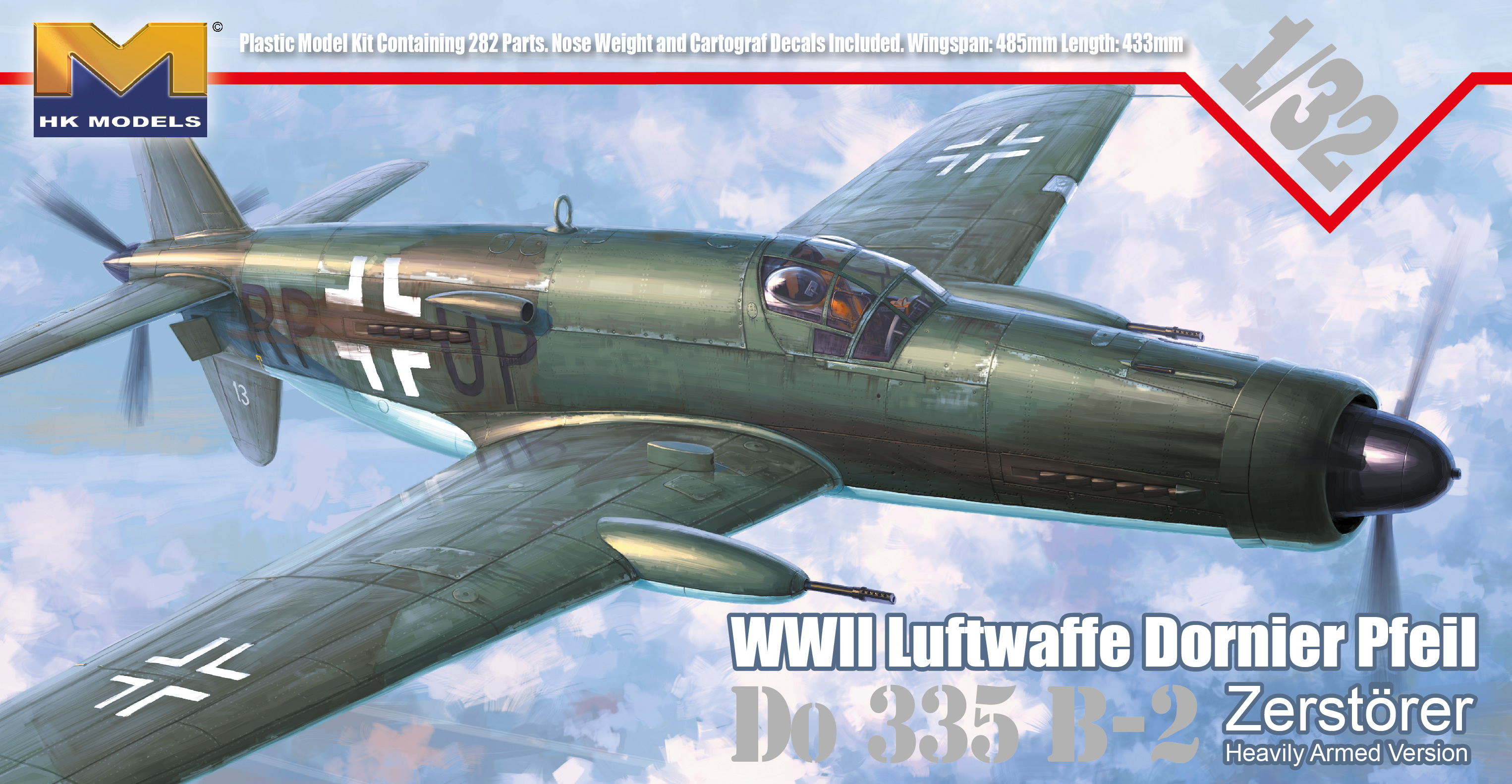 The Dornier Do-335 "Pfeil" ("Arrow") was the fastest piston-engined German Luftwaffe aircraft of WWII, and was also the only military aircraft of the time to feature a "push-pull" engine layout airframe. The B-Series "Zerstorer" ("Destroyer") was a heavily armed version intendedspecifically for the heavy daylight fighter and interceptor roles, with the first two prototypes (M13 and M14) being completed during 1944-1945. These prototypes were single-seat high-speed destroyers, powered by two DB 603E engines in a push-pull configuration. The Do-335 B-2 version featured impressively heavy armament consisting of three MK 103 30mm cannons (two in the wings and one firing through the forward engine) and two cowl-mounted MG 151 20mm cannons.